We are the noisey Sound Subcamp! One of the many 10-14 subcamps, we are the Joule (!!) of Charnwood. Our energy is formed by the vibration of matter so we will make sure that the camp knows we are here! 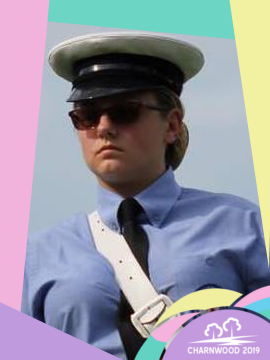 I first joined Guiding in Rainbows and progressed on to Brownies, Guides and then Rangers. At 18 I moved over to the Scouting side and set up the Network Group for the North East Leicester Scout District which now has 16 regular members and is based at 78th Leicester Head Quarters and have since taken the job of District Scout Network Commissioner which I have now been doing for 2 years! After taking this position I was invited to sit on the District Exec Committee and then the same for 78th Scout Group as we support eachother!

From the age of 13 I went to the Beaver group local to me and became a helper on their Section evenings and from there on did my Leadership Training followed by receiving my Wood Badges in June 2017!

I am also a Percussion Instructor at Thurmaston Marching Brass helping and teaching young people in Scouting and Guiding from the age of 7 to learn new instruments or progress their knowledge further! 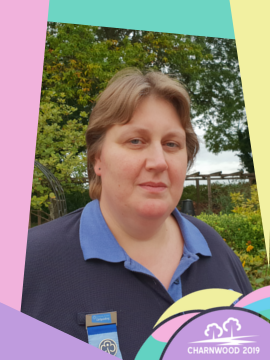 I’m a Guide leader and District Commissioner in Girlguiding Leicestershire.  I was also a Guide leader in Suffolk for several years. I’ve been involved in Guiding since I was 7, and grew up in a Scouting family (my first cub camp was at 3 weeks old!!).

Time for a new challenge this time as a Sub Camp Leader. I’m looking forward to meeting and making many new friends from both local and international Scouting and Guiding

We use cookies to ensure that we give you the best experience on our website. If you continue without changing your settings, we'll assume that you are happy to receive all cookies on the Charnwood International Scout and Guide Camp's websiteGot It